Ali describes her son, Eddie, as happy, cheeky and incredibly charismatic. “People were drawn to him," she says. “He was very generous and loved to joke." 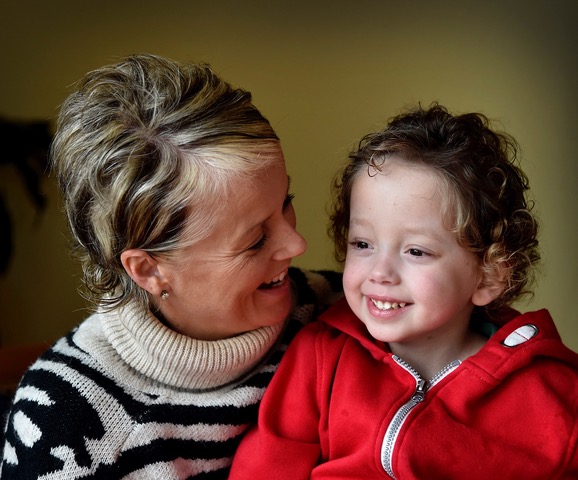 When he was born, Ali was blissfully unaware Eddie had a fatal condition. Eddie did, however, suffer from jaundice and an enlarged spleen and liver. This prompted doctors to run a range of tests. “While in hospital for tests, I remember walking around and seeing kids with all sorts of medical conditions. I was thinking: ‘At least my little baby doesn't have that.'

When the results came back, the doctor said to Ali, “I'm going to tell you something that's going to completely change your world." Tests revealed that Eddie had Niemann Pick C, a rare and fatal genetic disorder that limits the body's ability to process cholesterol and causes childhood dementia. As cholesterol builds up, it causes progressive and irreversible damage to the brain. Symptoms can include difficulty learning, trouble speaking and swallowing, progressive loss of motor skills and loss of vision or hearing. There is no cure and, after the onset of symptoms, life expectancy is only around 7 years.

“You Google it, and it's terrible. But it was still hard to fathom because he looked like anyone else's gorgeous little baby. We didn't have any history of it in our family."

At first, Ali describes life for Eddie and her family as pretty normal. Eddie was, however, having trouble eating enough, so doctors gave him a PEG (percutaneous endoscopic gastrostomy) so that his food intake could be topped up.

While Eddie's walking was delayed and his speech wasn't as clear as other children's, at two years of age, he was attending regular family daycare with his older sister. 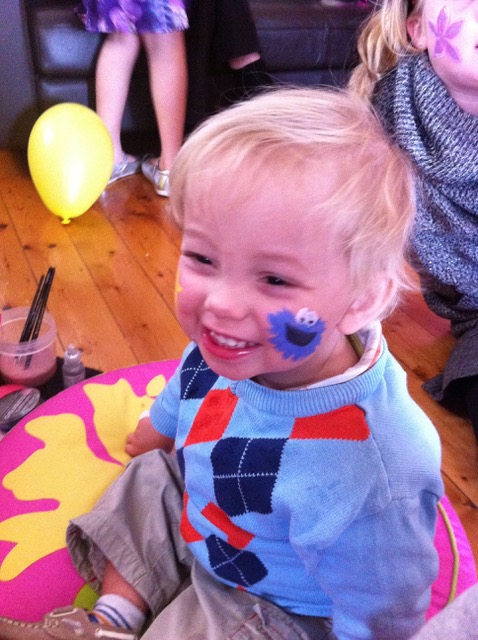 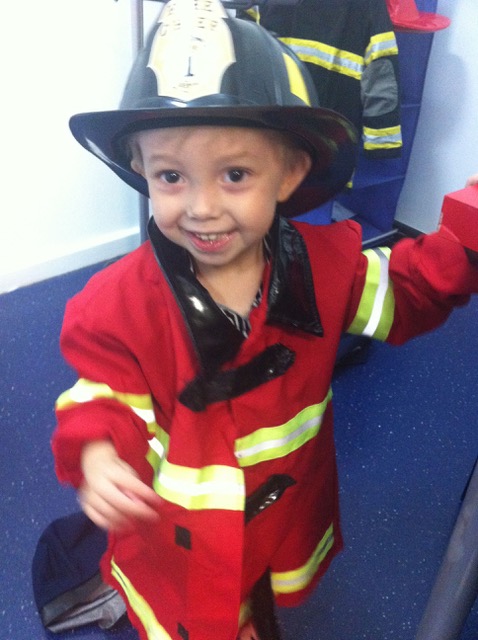 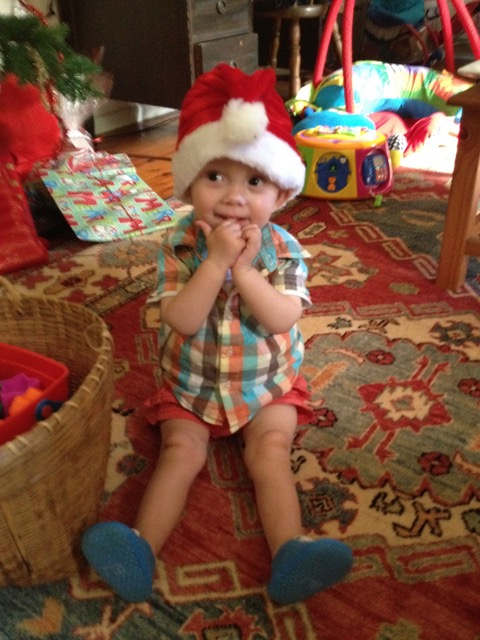 Sadly, when Eddie was two and a half, this period of relatively good health was shattered. Eddie received another shocking diagnosis entirely unrelated to childhood dementia: Eddie was diagnosed with leukaemia.

Ali has unique insight into two very different diagnoses – one for cancer and the other for a rare and fatal genetic disorder. In stark contrast to the careful management of Eddie's cancer diagnosis, Ali was told Eddie had Niemann Pick C while she was on a shared hospital ward. “The doctor pulled the curtains across and delivered the news. I think in hindsight that I would have liked my husband to be there." Shortly after receiving this devastating diagnosis, a social worker came to see Ali. “She said: ‘Here's a form for the parking. You're going to be here a lot.' And I never saw her again." 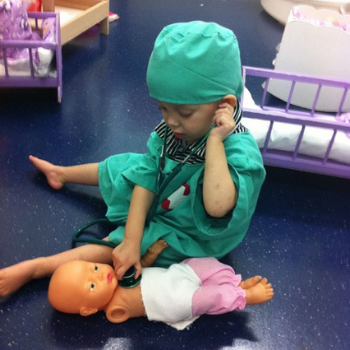 Eddie's cancer diagnosis was a very different experience. “We went into a room, we had a specialist there, a team came in, we had a social worker. The next day, there was a stream of bags with shopping and fuel vouchers and stuff you need for hospital. There was a car service to drive you to and from the hospital." During his treatment for leukaemia, Eddie had support from a hospital music therapist and, if Ali took him to the Emergency Department, Eddie was admitted immediately. Ali describes Eddie's cancer as a ‘gold class ticket'. “It was because it's kids' cancer. There's so much more money directed to it. And people understand it. Even my friends -- they understood it more."

Eddie's treatment worked and, at age four, he was free of leukaemia. Sadly, however, Eddie had started to show signs of degeneration as a result of childhood dementia. He had started his cancer treatment able to walk, but left hospital in a pram. The loss of acquired skills is one of the hallmarks of childhood dementia. Once children lose skills, they don't return. Just like adult dementia, childhood dementia is progressive. Eddie's general health declined and, over the next two years, he started to lose his language. In the last year of his life, Eddie could no longer speak, and during his last four months, he needed oxygen and was accompanied by an oxygen tank at all times.

This did not, however, mean that life or time together stopped for Eddie or his family. Eddie attended a special needs school, which he loved, and he was included in family activities. Family holidays, trips to the beach, swimming carnivals – Eddie attended all of them if he wanted to, even with an oxygen tank. While he wasn't speaking, for a time Eddie was still able to communicate with smiles. His sister, Isabel, and brother, Tom, were always aware of Eddie's illness and understood it was terminal. Transparency, time together, making the most of life and building memories were important for the whole family. 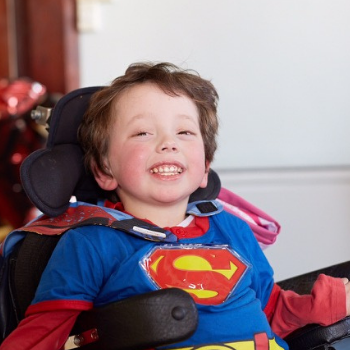 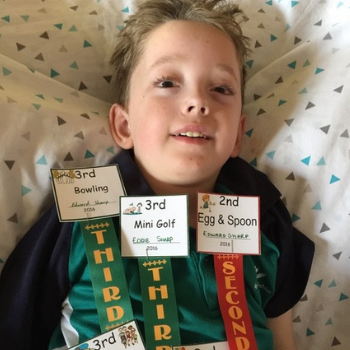 Support from a palliative care team based at the Children's Hospital at Westmead, NSW, was key to Eddie and his family getting as much time together as possible. “Nothing was ever a problem. If we wanted to take him on holidays, they'd contact hospitals, write letters for chemists and help with medical equipment." While Ali says caring for a chronically ill child was a big undertaking that involved support from many people, she deliberately put off accessing the NDIS. “I knew it was a lot of work to get onto the NDIS and I knew Eddie was probably not going to make it." She was able to rely on her palliative care team for her needs and believes she received help faster than she would have on the NDIS. “If I needed a piece of equipment, because of palliative care, I got it straight away. They were amazing."

Bear Cottage, a hospice that gives palliative care to children and young people, also provided valuable support. While it's the only hospice of its kind in NSW, Ali lived nearby and so had easy access to support. Eddie occasionally stayed at Bear Cottage. This gave his family time to recharge and do things Eddie wouldn't have enjoyed while knowing he was in good hands. Even today, his brother and sister attend Bear Cottage camps run specifically for siblings.

It was during Eddies' final summer that Ali remembers she started saying to him: “I'll miss you buddy, but when it's time to go, you go." The family was holidaying at a friend's Palm Beach house that Eddie loved. Eddie was resting a lot while family members sat by his bedside. “We knew it was close," she says. Then, on Australia Day, Ali noticed he had a temperature. “His little heart was racing. So I said to him, ‘I'm just going to go and get you some Panadol and I'll be back.’ I gave him a kiss and left the room. When I came back, his heart had stopped. He just flew out the window with this amazing view at Palm Beach, which was his happy place."

Eddie was taken to a cool room at Bear Cottage. The cool room gives families and friends time to sit with their loved ones, to say goodbye, grieve and come and go as they need. Ali says this was particularly important for her youngest, Tom, who was five at the time. “As our friends arrived, he'd tell them: ‘Go and see Eddie. He's dead, he won't say anything, but go and talk to him.' It helped normalise things for him."

Eddie is still a part of his family as much as ever. “I just saw Tommy do a drawing of his family for school the other day, and he had Eddie in a wheelchair. That's normal. He's always in our hearts. We light a candle for him each night before we eat, you know, he's just there."

Eddie's family named their holiday house ‘Ed's Rainbow Retreat' and share it with friends and families who have children in palliative care. 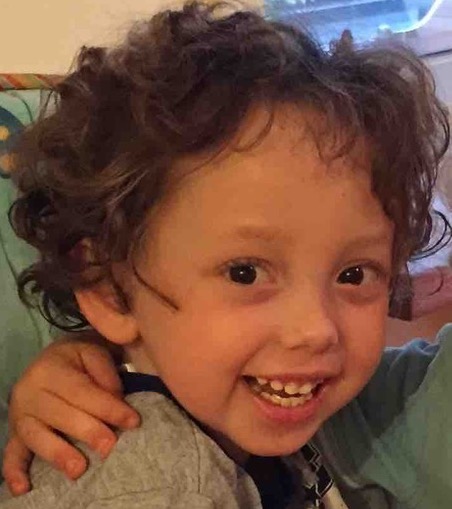